skip to main | skip to sidebar

Another New Year, another blog post to an almost entirely inactive blog...

So...2021. Yeah. Glad to see it in the rear-view mirror, much as I was glad to see 2020 as past-tense. But if I'm honest, 2021 wasn't all bad. Got promoted at work, likely the last one I'll ever see unless I get tapped for a position that falls into a "willing to do it if that's what the company thinks is the best use of my talents, but not going to seek out that role" category... Love our new pastor and am excited to see what the parish will evolve into under his leadership, even if I do still miss his predecessor. 'course I think that way about the Pope, too... There's a lot of things that could have gone worse than they did, and there will always be things that could have gone better, so it is what it is. Again, if I'm honest...I'm pretty blessed. Got kids that are surviving the adulting game without needing to be bailed out or to move back in, and have a pretty good relationship with even if we could do a better job of staying in touch. That's as much my fault as theirs, which means they got it from me... Hit 31 years of marriage. Wow. There was a time I couldn't have guaranteed you that I'd hit 31 years of age, much less marriage. Took a do-over marriage to get that far. Can't say that if you would have asked me at any point along the way what a 30+ year marriage would look like with me in it that I would have described what we have now, but it's been a good run and I hope it lasts another...well, however many years I have. Had planned to celebrate 31 years on a river cruise, just as we had planned to celebrate 30 years. Didn't happen this year either. "Next year in Jerusalem" as they say, except will be next year on the Danube. Unless it gets canceled again, but that's a topic for next year's blog post. Could write a lot more, but not really feelin' it. All the theories in this universe seem to be on autopilot.
Posted by Lord Wotziznutz, 1st Duke of Westmelbourne at 1/01/2022 07:46:00 PM

Just as I was being a little hopeful about 2021 being better, except for being reminded (once again) that God doesn't pay attention to college football, came the news that our beloved pastor had passed away, perhaps being spared the same realization about God not paying attention to college football. May he rest in peace...not sure what to think right now. He's the only pastor I've had since truly embracing my faith.
Posted by Lord Wotziznutz, 1st Duke of Westmelbourne at 1/01/2021 07:48:00 PM

Not sure if I'll post here any more frequently than over the past three years, but did decide to remove some crap that I didn't necessarily want to ever see again.
Posted by Lord Wotziznutz, 1st Duke of Westmelbourne at 12/25/2020 09:02:00 PM 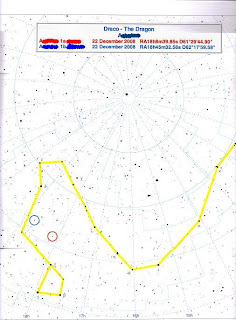 I think this choice was inspired...


My lovely bride of 18 years was trying to guess what I'd gotten her while we were talking with some friends, and somehow the topic of diamond ads came up.

She said "you didn't get me diamonds, did you?"

I could only respond, "Well, it is kind of sparkly..."


I got an 18-year old single-malt Scotch, that I'm sipping as I compose this...

And now a word from our sponsor...

Lest it be misunderstood, I must admit that I do know, love, respect, and even admire, some people in my life who are, despite otherwise being wonderful people, well, liberals.

And despite that, I love them anyway. It isn't a fatal flaw for some people.

In fact, there are many otherwise wonderful people who are liberals. Individually, they're capable of being fairly normal and having otherwise normal lives as long as they aren't discussing politics or voting. Unfortuantely, when you get liberals in a group, this groupthink thing happens that creates a special kind of evil insanity. Of course, that insane groupthink happens with conservatives, too, it just manifests itself in ways that aren't quite so evil, and are sometimes accidentally beneficial.

There's just this lobotomy thing that happens when someone becomes an organizational liberal. You know, joins the club and drinks the Kool-Aid. Too much of that and you get itty-bitty Pelosis and Reids and Kennedys running around, peeing on the sidewalk and wiping their bottoms with the Constitution.

Maybe it is one of those things where there are exceptions that end up reinforcing the stereotype. Well, of course, this person isn't evil and insane, but...him and her and him and him and him...

Sort of like that saying that 98% of lawyers give the rest a bad name.

So my eldest daughter sent me this...

Four Places I have gone on business
Norway, Spain, Germany, The Netherlands

Four Places I'd like to visit: (I'm assuming places I haven't already been)
Ireland, Australia, Austria (I've been to Salzburg, but only for part of one day), Greece

Four places I would rather be right now
Home (it's currently day 6 of 7-day business trip), outside having a walk in the woods and hills around Lillehammer instead of in this meeting, Rome (Italy), Munich (Germany)

Four friends or relatives I think will respond first
Since this is a blog, I have no idea...

This isn't original by me, and I don't know who the original author was, but I like it...

A mother asked President Bush, "Why did my son have to die in Iraq?"

Another mother asked President Kennedy, "Why did my son have to die in Viet Nam?"

Another mother asked President Truman, "Why did my son have to die in Korea?

Another mother asked President F.D. Roosevelt, "Why did my son have to die at Iwo Jima?"

Another mother asked President W. Wilson, "Why did my son have to die on the battlefield of France?"

Yet another mother asked President Lincoln, "Why did my son have to die at Gettysburg?"

And yet another mother asked President G. Washington, "Why did my son have to die near Valley Forge?"

Then long, long ago, a mother asked... "Heavenly Father, why did my Son have to die on a cross outside of Jerusalem?"

The answers to all these are similar --"So that others may have life and dwell in peace, happiness and freedom."

The moral of this story is simple: If you are unwilling to stand behind the troops, then you are cordially invited to stand in front of them.
Posted by Lord Wotziznutz, 1st Duke of Westmelbourne at 11/14/2007 08:26:00 AM